We’ve been back in the U.S. for a while now, but life got busy after our return and I still haven’t finished blogging about our time in New Zealand. I only have the last week of our travels to write about, but we packed so much in during that last week that there will be a few more posts before the New Zealand blogging is complete. Better late than never! As I jump back in time, the memories flood my mind and warm my heart.

Milford Sound is arguably New Zealand’s most famous tourist destination. We had one day in between hiking the Kepler Track and the Routeburn Track, and there was no question that we must spend it in Milford Sound. It was a beautiful drive from Te Anau. Along the way, we came across a heard of sheep coming down the road – directly toward us. It was a quintessential New Zealand experience. Check out the video here:

Note: We saw these same sheep on our way back to Te Anau two days later and they had all been sheared.

sheep take over the road

As we continued along the Milford Road, we stopped at Mirror Lakes. Aptly named, as the lakes perfectly reflect the Earl Mountains and surrounding scenery. It was a serene spot and the water was crystal clear. 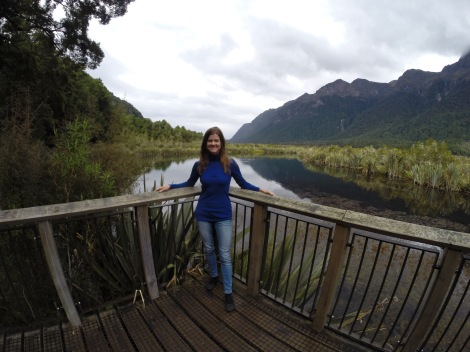 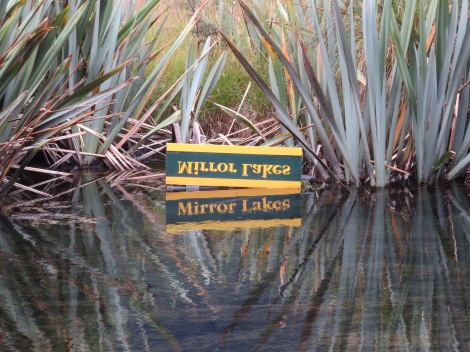 From there, we continued on to the Homer Tunnel. The tunnel cuts through the Darran Mountain range at the Homer Saddle. The tunnel is 0.75 miles long, it’s fairly dark inside and the walls are unlined granite. Although the road through the tunnel is two-lanes wide, it’s pretty tight. During the busy summer months, traffic lights operate on each side to restrict traffic to one direction at a time. We took video as we drove through the tunnel:

On both sides of the tunnel, we saw hundreds of waterfalls cascading down the surrounding rock walls. It is a breathtaking site, even with the rain. It is the rainfall, after all, that causes these hundreds of temporary waterfalls to run down the cliff faces. 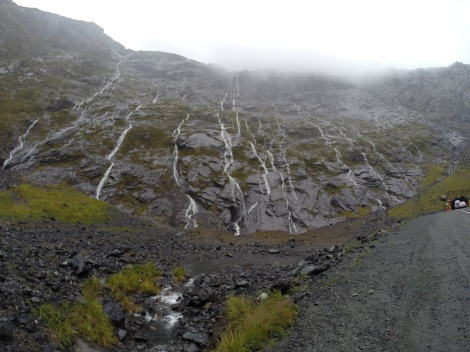 cliffs streaming with waterfalls lined both sides of the road 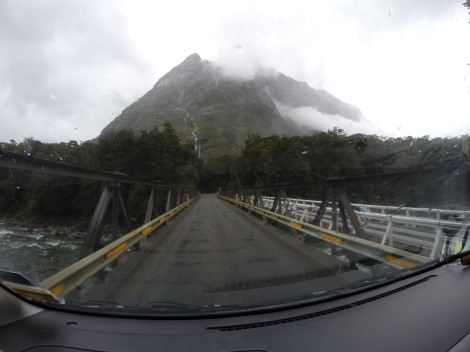 Milford Sound is one of the wettest places in the world. It rains about 200 days a year, with an average annual rainfall of almost 300 inches a year. In other words, we were not surprised to have a rainy day in Milford Sound. It rained, and rained, and rained, the entire day. Realizing it wasn’t going to let up, we put on our rain gear and explored this wet wonderland. 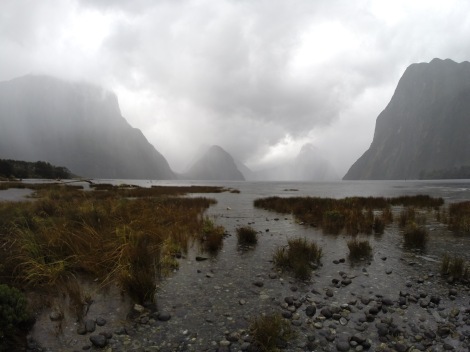 surrounded by water and cliffs 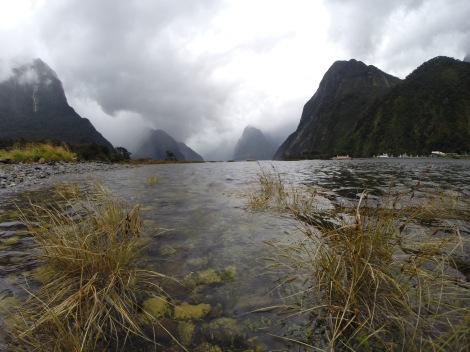 the ducks didn’t seem to mind the rain

going for a short hike in the rain

the cliffs fade into the clouds

We took a short video in Milford Sound. I’m talking…but you can’t hear a word I’m saying over the sound of the rain hitting the GoPro. The only words I can make out are about 15 seconds in, when I say, “rain is part of the experience”. Yes, indeed.

That night, we stayed at a campervan site at the Milford Sound Lodge. I think there was a Kiwi taunting us at the campsite. A couple times, Jay saw a brown bird the size of a Kiwi, but when he got out of the vehicle, it was gone. But as I sat inside the campervan, I could hear Kiwi calling over and over. We turned in early that night, for the next morning we would start the Routeburn Track.