We headed to the Peruvian coast to spend a few days relaxing on the beach. The beaches here aren’t the most beautiful, and the waters are cold. However, the spectacular ocean waves (the place is known for it’s surf breaks), in combination with the slow pace of life, make it a great place to unwind. 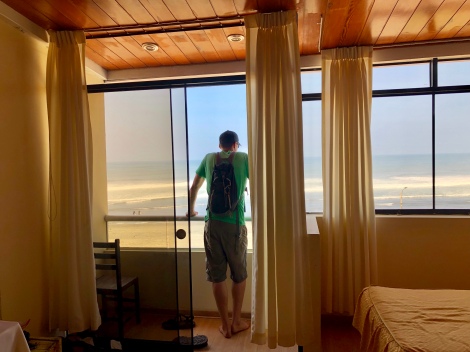 a room with a view, loved falling asleep to the sounds of the waves! 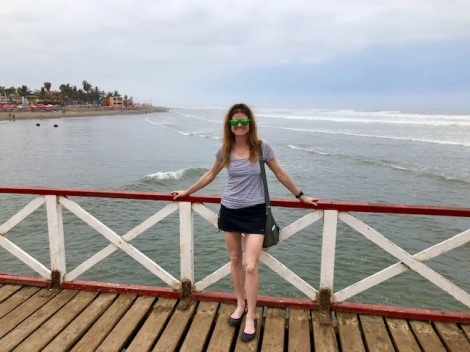 on “el muelle”, the landmark pier 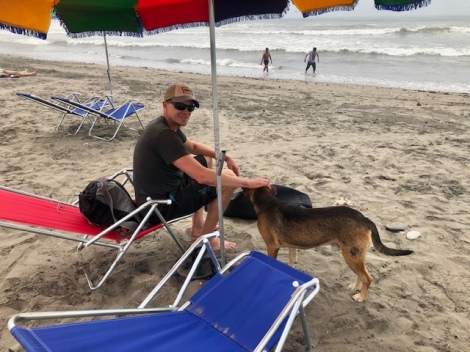 how we spent most of our days 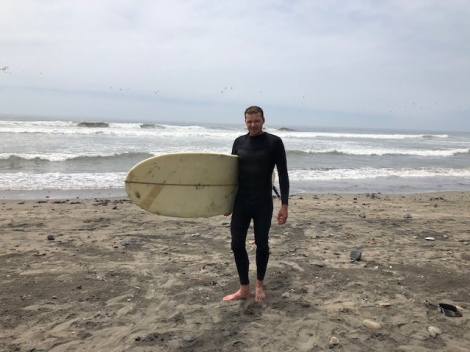 Huanchaco is home of Caballitos de Totora, long and narrow reed boats. Archaeological evidence suggests that this watercraft was the world’s first surfboard. 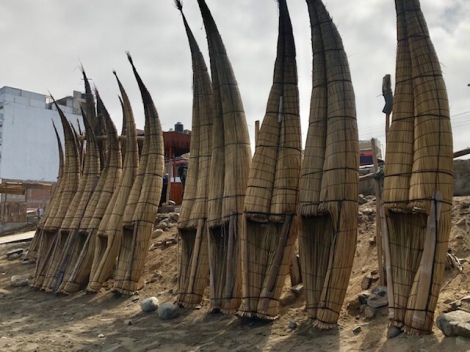 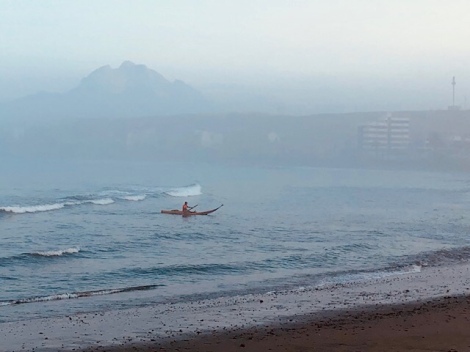 I watched one come into shore during a foggy morning run

Although debated, Huanchaco is considered by many to be the birthplace of ceviche. While here, we tried it in many forms… 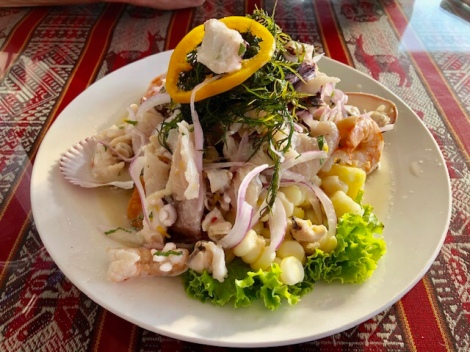 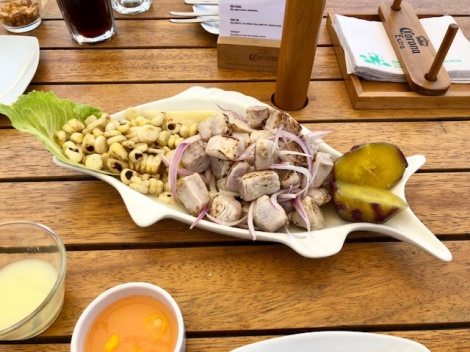 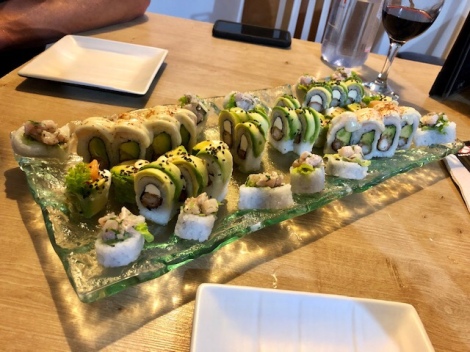 A 15-minute bus ride from Huanchaco is the Chan Chan archeological site. It’s believed it was constructed around 850 AD and that it was the largest city in South America (~50,000 people) until conquered by the Incas in 1470 AD. The city is made of adobe brick, which is slowly crumbling away from rains and flooding. 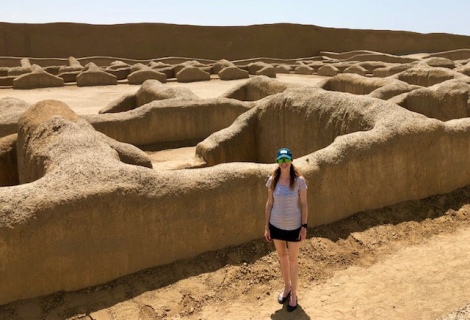 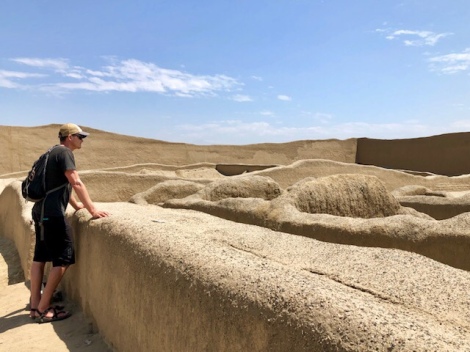 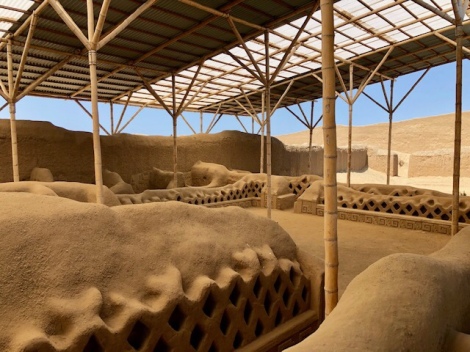 a restored part of the site, now covered for protection from the elements 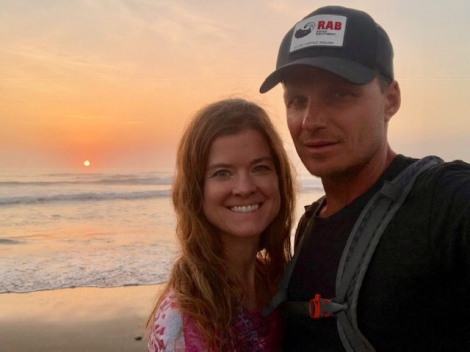